The history of the railway line that now hosts Eurovelo 8 is relatively short. Conceived in 1886, and built between 1887 and 1896, the line lasted for little more than half a century.

The initial idea for a railway line in Central Var was formulated in the so-called Freycinet plan, named after Charles De Freycinet, minister for Public Works, in 1879. This plan envisaged a line from Nice to Mirabeau, 16 kilometres north east of Meyrargues. But after a feasibility study was carried out in 1882/3, this was quickly changed to Meyrargues.

The project was finally born with the founding of the Compagnie des Chemin de Fer du Sud de la France. This company started the search for investors on 29th October of that year. In a manner common in France at the time, shareholders were guaranteed a return of at least 5% on their investment by the state.

Within months, the finance was in place and work began on the line from Draguignan to Meyrargues on 8th July 1887.

Construction was relatively fast. A series of 11 companies were employed in parallel to clear the way for the line.  By April 1888, the first section of line between Draguignan and Salernes was able to open for commercial traffic, with 3 trains each day running in each direction. 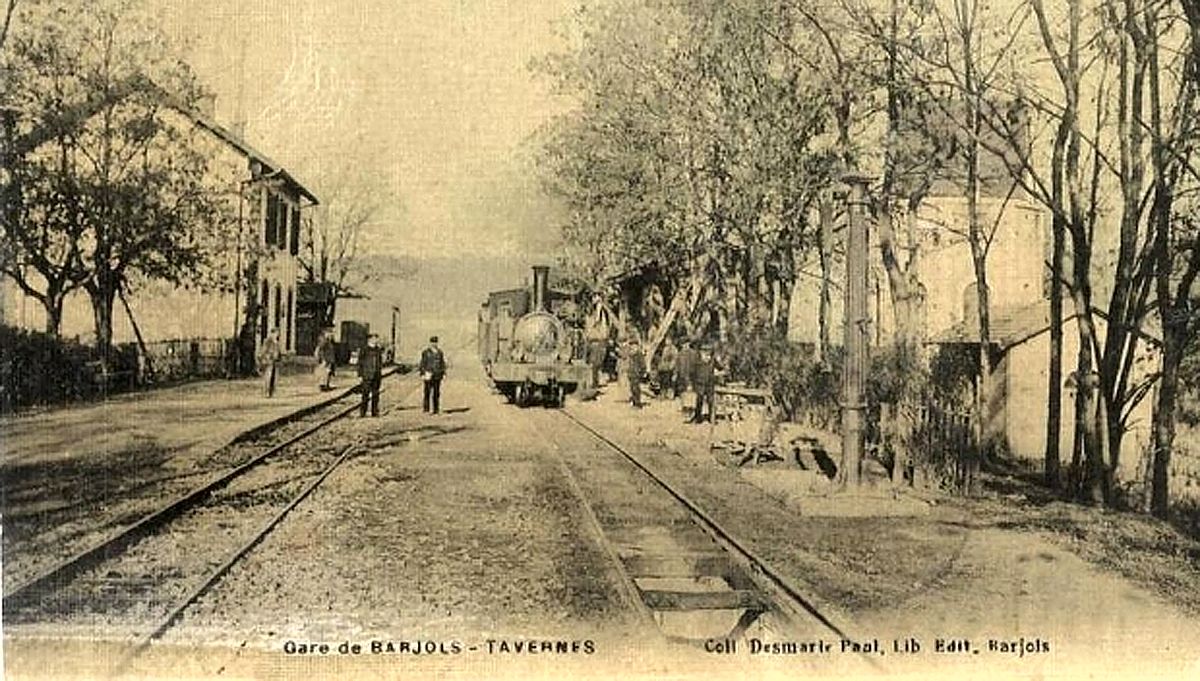 On August 27th of the same year, the line from Salernes to Barjols was opened, and on January 28th 1889 the final section to Meyrargues accepted passengers.

The line between Draguignan and Grasse was much more complicated. This would require 7 tunnels, and six crossings that involved viaducts higher than 10 metres.

The biggest of these by far was the crossing of the river Siagne, which forms the border between the departments of Var and Alpes Maritime. Built by the celebrated engineer Gustav Eiffel, it was to reach a height of 72 metres at its highest point, at a cost of 536,000 francs.